If all the hardware work fine but your computer doesn't get the exact performance you deserve then you have to understand about your Computer...!!! So to know better than learn batter.

Some people don't know about the driver software so they are thinking that their expensive computer is not working well. Especially after installing Windows a fresh then they don't understand about the driver software that really needs to get the best performance or some reason if you lost the CD or DVD of driver disk and the backup was lost. Then somehow you have nothing to do.

Driver software is a type of software specially designed for your hardware to link with your operating system. If you provide your original driver that comes with your computer manufacturer then it works well. So at the first time, you have to check out which driver is missing on your computer.

But windows also have some built-in driver that is helpful for first time running of your computer. In this case, some driver doesn't show that it's required but you have to install it.

There is a list of drivers that are required
So that's all the driver you need to provide. For more information visit Driver Solution.

Driver Solution You Really Need (Download Free Computer Drivers)
Drivers are the most important part of a computer. And it desperately needs when it's missing. So many people are searching for there...Read More »

In a computer system, a chipset is a set of electronic components in an integrated circuit known as a "Data Flow Management System" that manages the data flow between the processor, memory and 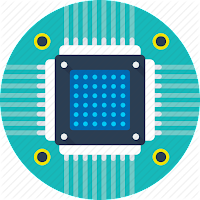 peripherals. It is usually found on the motherboard. Chipsets are usually designed to work with a specific family of microprocessors. Because it controls communications between the processor and external devices, the chipset plays a crucial role in determining system performance.

Operating System is a major factor for a computer that depend on your chipset. Specially if you are using a old computer of Core i3, i5 then you must see which operating system is compatible with your PC. Mostly you can understand by sticker that came with box of motherboard and in the cover of your laptop.
If you find that sticker on your computer then you can understand about which operating system is compatible with your computer. Or else if you wish to use the higher or lower version of windows. Then you have measure your performance according with your compatible version. By showing your performance you can understand about your computer. Now Windows 7 is a stable version of Windows that support mostly on old PCs.

A central processing unit (CPU) is the electronic circuitry within a computer that carries out the instructions of a computer program by performing the basic arithmetic, logical, control and input/output (I/O) operations specified by the instructions. The computer industry has used the term "central processing unit" at least since the early 1960s. Traditionally, the term "CPU" refers to a

processor, more specifically to its processing unit and control unit (CU), distinguishing these core elements of a computer from external components such as main memory and I/O circuitry.

CPU is a main part for a computer, everyone knows about it. The higher version of CPU give higher performance. Although CPU have some feature that improve the performance of your computer. Cache Memory and Architecture are most important part of a processor. Nowadays every computer processor comes with x64 bit compatibility. And the update processor is faster then older one.

A CPU cache is a hardware cache used by the central processing unit (CPU) of a computer to reduce the average cost (time or energy) to access data from the main memory. A cache is a smaller, faster memory, closer to a processor core, which stores copies of the data from frequently used main memory locations. Most CPUs have different independent caches, including instruction and data caches, where the data cache is usually organized as a hierarchy of more cache levels (L1, L2, etc.).

All modern (fast) CPUs (with few specialized exceptions) have multiple levels of CPU caches. The first CPUs that used a cache had only one level of cache; unlike later level 1 caches, it was not split into L1d (for data) and L1i (for instructions). Almost all current CPUs with caches have a split L1 cache. They also have L2 caches and, for larger processors, L3 caches as well. The L2 cache is usually not split and acts as a common repository for the already split L1 cache. Every core of a multi-core processor has a dedicated L2 cache and is usually not shared between the cores. The L3 cache, and higher-level caches, are shared between the cores and are not split. An L4 cache is currently uncommon, and is generally on dynamic random-access memory (DRAM), rather than on static random-access memory (SRAM), on a separate die or chip. That was also the case historically with L1, while bigger chips have allowed integration of it and generally all cache levels, with the possible exception of the last level. Each extra level of cache tends to be bigger and be optimized differently.

In overall comment the most updated processor give you faster performance and the performance depend on your cache memory.

Random-access memory (RAM) is a form of computer data storage that stores data and machine code currently being used. It is type of storage which store the program data that currently you are using. The more amount of GBs is helpful to run more program at a moment. But you have to know something that is related to performance of your computer. There are several thing that you must understand. If you are a Laptop user. Then you have to understand about the type of RAM.

There are two types of RAM (
SRAM (Static RAM)
In SRAM, a bit of data is stored using the state of a six transistor memory cell. This form of RAM is more expensive to produce, but is generally faster and requires less dynamic power than DRAM. In modern computers, SRAM is often used as cache memory for the CPU.
DRAM (Dynamic RAM)
DRAM stores a bit of data using a transistor and capacitor pair, which together comprise a DRAM cell. The capacitor holds a high or low charge (1 or 0, respectively), and the transistor acts as a switch that lets the control circuitry on the chip read the capacitor's state of charge or change it. As this form of memory is less expensive to produce than static RAM, it is the predominant form of computer memory used in modern computers.

If you know that which RAM you are using then you can understand about the source of power and quality of RAM. DRAM can be expandable but SRAM is a limited addition. Only old Laptop have SRAM.

With updating era of science the more powerful data is presented by DDR (Double Data Rate)
Here are the performance and clock speed of a RAM, the more of DDR presented the more of speed and bus rate that helps your computer for a better performance.

So please preview about your RAM then select according by your RAM qualification to a great performance.

A graphics processing unit (GPU) is a specialized electronic circuit designed to rapidly manipulate and alter memory to accelerate the creation of images in a frame buffer intended for output to a display device. GPUs are used in embedded systems, mobile phones, personal computers, workstations, and game consoles. Modern GPUs are very efficient at manipulating computer graphics and image processing, and their highly parallel structure makes them more efficient than general-purpose CPUs for algorithms where the processing of large blocks of data is done in parallel. In a personal computer, a GPU can be present on a video card, or it can be embedded on the motherboard or—in certain CPUs—on the CPU die.

The term GPU was popularized by Nvidia in 1999, who marketed the GeForce 256 as "the world's first GPU", or Graphics Processing Unit, although the term had been in use since at least the 1980s. It was presented as a "single-chip processor with integrated transform, lighting, triangle setup/clipping, and rendering engines". Rival ATI Technologies coined the term "visual processing unit" or VPU with the release of the Radeon 9700 in 2002.

And also some computer having problems when an operator run games or graphics related software in their PCs although they have a  Processor or Motherboard. Games  on Graphics Cards. In gaming  the major part is the GPU for  run of games.

Graphics processing unit is a part that is helpful and effective in your computer performance. Windows XP  run well with  low quality of GPU and Windows 10 need some latest computer that support minimum graphics. Today's computer comes with Intel HD Graphics that is enough for Windows 10. Intel HD Graphics Help to run most HD videos but it not always compatible with higher level of graphical work or games. Some games are supported by this graphics card but limit of graphics quality should be low or medium.

Some Desktop GPU for example:


Here are some information about Hard Disk Drive and SSD:

A hard disk drive (HDD), hard disk, hard drive, or fixed disk, is an electromechanical data storage device that uses magnetic storage to store and retrieve digital information using one or more rigid rapidly rotating disks (platters) coated with magnetic material. The platters are paired with magnetic heads, usually arranged on a moving actuator arm, which read and write data to the platter surfaces. Data is accessed in a random-access manner, meaning that individual blocks of data can be stored or retrieved in any order and not only sequentially. HDDs are a type of non-volatile storage, retaining stored data even when powered off.

A solid-state drive (SSD) is a solid-state storage device that uses integrated circuit assemblies as memory to store data persistently. It is also sometimes called solid-state disk,[1] although SSDs do not have physical disks. SSDs may use traditional hard disk drive (HDD) form-factors and protocols such as SATA and SAS, greatly simplfying usage of SSDs in computers.[2] Following the initial acceptance of SSDs with HDD interfaces, new form factors such as the M.2 form factor, and new I/O protocols such as NVM Express have been developed to address specific requirements of the Flash memory technology used in SSDs.

Why HDD and SSD Performance Measure:

Some people using computer with Core i5 and i7 but they are getting confuse when the performance is not going well. Then see on the Task Manager In Performance Tab, If you can see that the Disk is using almost 100% of data. That's means your Computer need this solution. Generally if you are using a HDD then you mostly face this problem on your computer.

Here Are Comparison between Two Drive (By this comparison I thing you can understand why your computer performance is not well as you expected.

Power supply unit is also a very important part for getting best performance. It's also take care of your device. If you want's to buy a computer in very low cost it's suggested that to buy a high class power supply for hardware safety. OK enough intro let's dig in.

Power Supply unit is a source of power to your PC sometime for using lower quality of power supply cause unexpectedly shutting down of your computer. Power Supply have many color wire, every color have a specific voltage. If any of that wire not supplying enough voltage your Computer can't be perform well. So make sure that you have a best power supply unit (PSU) for a better performance.

Check the voltage according by bellow picture: 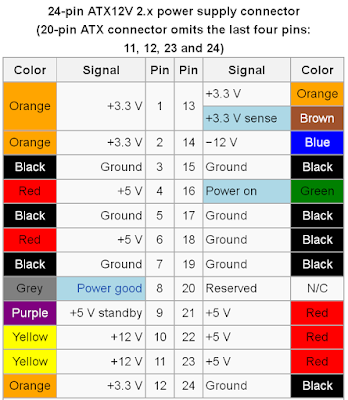 If you need any more help please comment us....!!!


Best Websites For Downloading Computer SoftwareSoftware is very essential for a computer but if you wanted to download them then you can face many problem. Moreover the most dangerous...Read More »