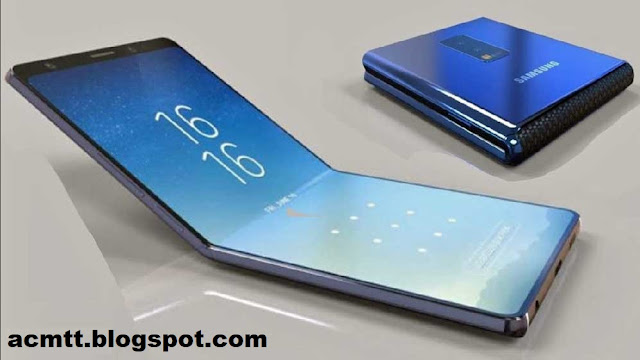 Samsung has been spearheading the technology of the smartphone folded for a while. Earlier this year, DJ Koh, CEO of Samsung's mobile division, said that Samsung's folded phone will come to market by November. From that there are many speculations about new phones going on. This time Koh gave more information about that potential phone.
DJ Koh confirmed the folded smartphone information, it would be a fancy device. At a time user get tablet computer and a smartphone. That means, the user will use Samsung's folded device as a tab, and if you want to keep it in a pocket like smartphones. This will be easily portable and multi-tasking machines.

Koh is interviewed by the technical website at the Samsung Galaxy 9 model in Kuala Lumpur. He said, only when the folded smartphone will become meaningful to the customer, only then Samsung will released  the phone on the market. That is, if the market is not ready, then this type of phone will not easily bring Samsung Apart from this if the user experience is not standard, then such products will not be released in the market.
CEO of Samsung's mobile division said that the folded smartphone will not be a general product. It is not a product that can be lost in six to nine months after releasing on  the market. The product will be launch for internationally for the user. He did not give any specific information about the phone's display. However, Koh says that a large display is important for this phone. There may be a display of up to six inches in size for the folded phone.
The Samsung Phone official said that the folded phone market is expected to grow faster. DJ Koh said, 'I am positive with the folded phone and we need this kind of phone.'