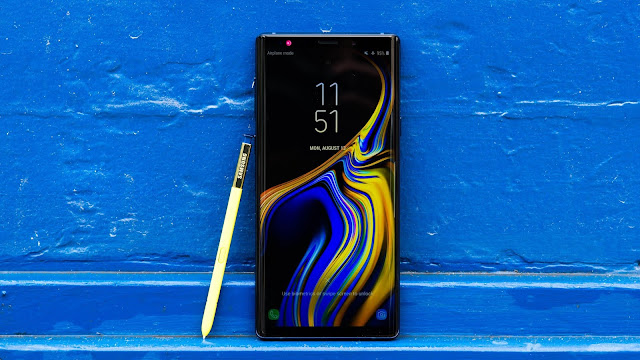 Samsung has recently launched the new smartphone note 9 in the Galaxy series. There are some important features in the Galaxy Note 9 phablet which are available in the market to compere with Apple X.


Know about five features of the expensive phone:

Desk mode: Many people think of using the mobile screen as a desktop computer. Samsung's flagship smartphone Galaxy Note 9 has the advantage. It can be done using desk mode. Desk mode is a notable feature in Note 9. Note 9 device can be used as a desktop by typing the Type C cable with the monitor. In this case, Note 9's display can be used as a keyboard to type the track-pad of the mouse.

S Pen: Another feature in Note 9 is the S Pen. Compared to the earlier versions, the S Pen has added some advanced features. Changing the PowerPoint Presentation Slide, taking photos, Video playback on YouTube can be controlled from taking notes. By using Bluetooth, the S Pen can be used up to a maximum of 30 feet and the S Pen can be used for 30 minutes after charging 40 seconds.

Intelligent Camera: It has a new Intelligent Dual Back Camera - 12 Megapixel (F1.7) + 12 Megapixel (F.2.4) 2x Zoom. 1.4 UM quality is a wide pixel because it makes good pictures in less light. With Dual OIS technology, users can easily capture images or video in telephoto mode. The 8-megapixel (F1.7) camera is also given in front of the phone.

IP 68: IP Rating (IG) Protection is an international standard, which refers to the value of penetration or penetration protection. IP 68 of a device means that it is protected under half a meter of water. Apart from this, dust and dirt protected. Note 9 IP 68 certified.

Irish Scanner: Increasing popularity of Irish scanners as a smartphone's security update technology, Note 9 Smartphone has been used to unlock the device by advanced Irish Scanner Technology. There is no fingerprints.