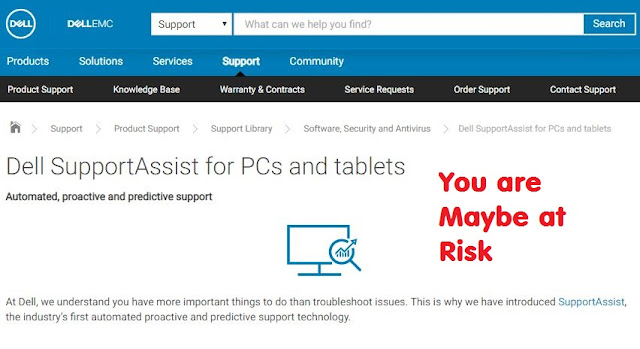 Security fault has been found on Dell PCs and laptops, which could put millions of users at risk of hacking. Dell has already issued a security alert. It has been advised to update the security-patch quickly on laptops and PCs.

Safety experts say there is a security issue in Dell PC's SupportAssist. Every Dell computer has a tool in it. The security problem are kept in SupportAssist app name as CVE-2019-12280. The miscreants can take possession of the computer system using this error. They can read all the files stored in the PC's Harddisk or other data storage's.


Delle advised to update the security to fix this error. If Auto Update is on PC, Dell will automatically update it. The whole system setup process can be found on their Security Advisory page.

Dell has claimed, 90 percent of users have already received updates. They are not at risk. All Dell PCs and Laptops users should check to see if there is a SupportAssist tool update. Business PC version (2.0. 1) and Home PC (3.2.2) version, if you do not have the latest updates, Please update your PCs and Laptops.