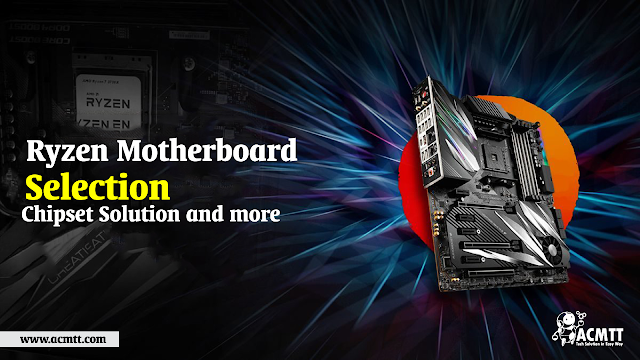 Advanced Micro Devices, Inc. (AMD) is an American multinational semiconductor company based in Santa Clara, California, that develops computer processors and related technologies for business and consumer markets. While it initially manufactured its processors, the company later outsourced its manufacturing, a practice known as going fabless, after Global Foundries was spun off in 2009. AMD's main products include microprocessors, motherboard chipsets, embedded processors, and graphics processors for servers, workstations, personal computers, and embedded system applications.

Nowadays AMD becoming popular and growing their products with more power and more efficiency at a very low cost, and creating an opportunity for the customer to choose between two Intel vs. AMD in the CPU section and Nvidia vs. AMD/ATI in the GPU section.

Most likely, they are making more money on the selection of CPU making process within the same socket vastly using AM4 socket. Also, AMD's most processor is unlocked and overclocking capable.

By buying the best motherboard you can use any of their processors simply by updating the BIOS, the list of the motherboard and the capability is below. 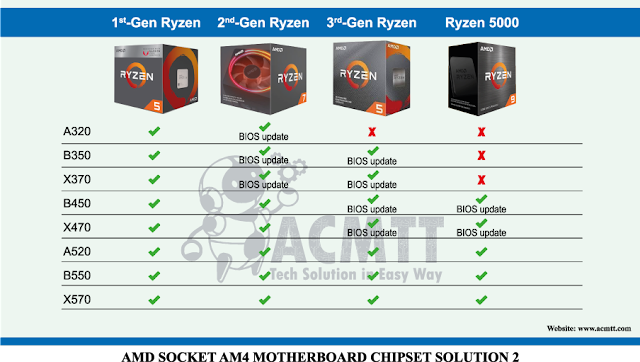 the above two tables are the motherboard list and its processor compatibility. So what should you choose for your computer lets discuss it?

The good and bad part of AMD Based Motherboard

There is a lot of discussions when you are selecting the motherboard for your PC, and all the motherboard have some facility, advantage, and disadvantage when it's about AMD motherboard. So let's check out the Chipset release date and its full capability to bring the final stage of your choice of motherboard. 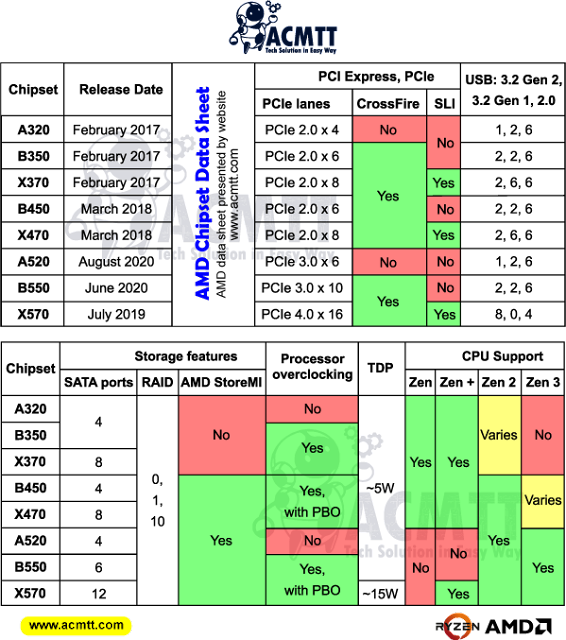 So after all the above discussions if we get to your final stage of motherboard choice, you need to know about the AMD Processor series, architecture, and release date to match with the motherboard. After all, if you are final among the chipset selection, then the next part will be the manufacturer selection and the motherboard features selection. It's not a very hard task, so keep finding and Enjoy, I will update later if I find something more important.